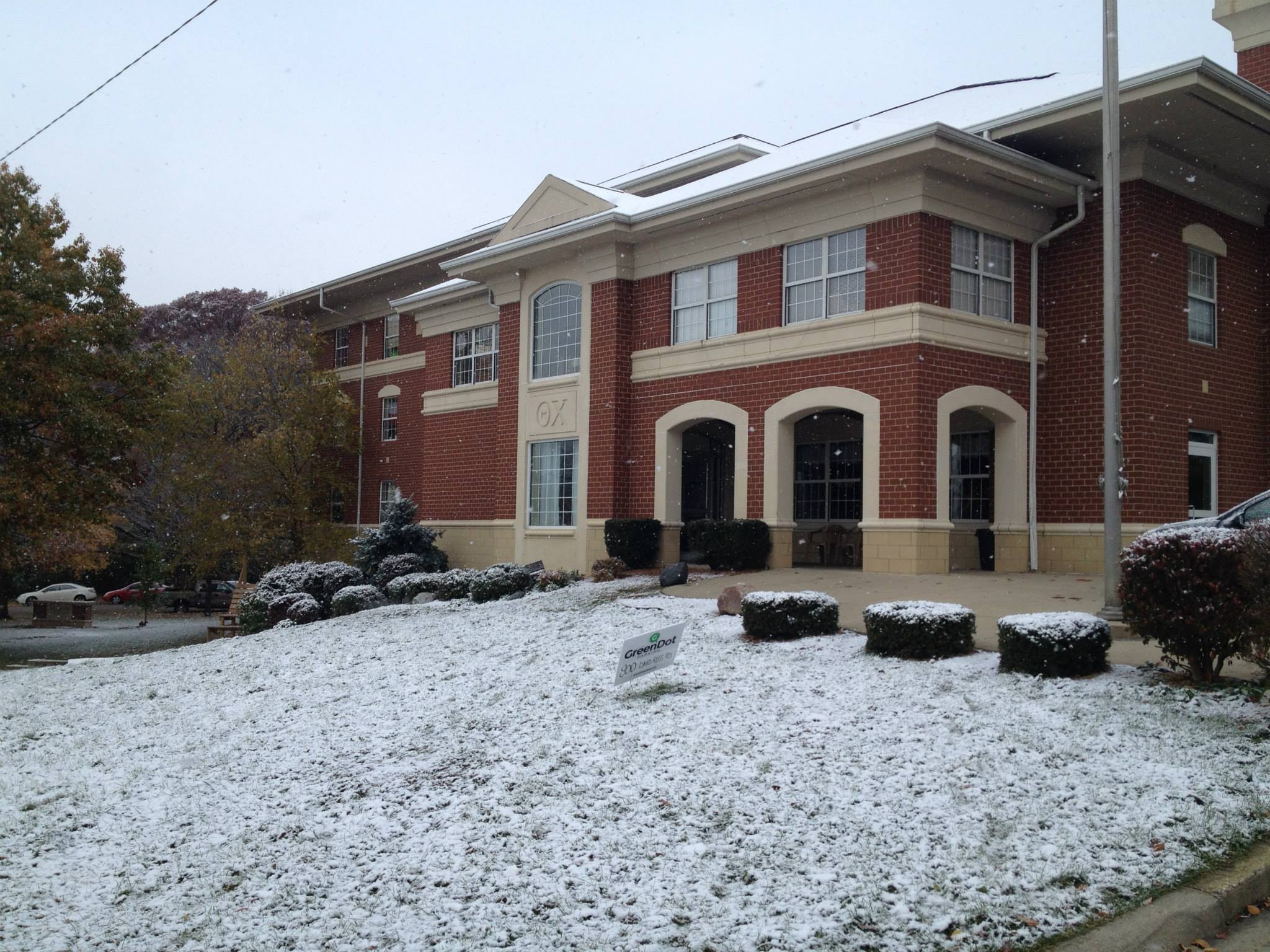 Plans to begin a local fraternity at Purdue were begun in 1917 by three men: James E. Maxwell, Carl F. Sander, and Charles H. Werkamn. They name the group "Sigma Tau Alpha" for Science, Technology, and Agriculture. The First World War severely impacted the enrollment of the University and these plans were put aside until the Spring of 1919.

In the Spring of 1919, a petition for the organization was given to the faculty sign by the following men: R. V. Allison, W. W. Baker, Glessie G. Cunningham, Lewis E. Husted, Clyde S. Brandenburg, Thomas K. Hartley, Henry S. Jones, Clarence Leuck, James E. Maxwell, Cecil L. Pigg, Carl F. Sander, and John R. Smyth. It was not until October of 1919, after the fraternity had obtained a house, that the faculty was convinced of the sincerity and permanency of the group, and at this point granted Sigma Tau Alpha a charter. The house purchased by the fraternity had formerly belonged to John T. McCutcheon, a well known cartoonist for the Chicago Tribune. By taking advantage of the many men returning from the Army and Navy, the fraternity grew rapidly.

Sigma Tau Alpha selected its members from all departments of the University, believing that the combined efforts of men from all departments could do more for the University than could a more restricted group. The stated purpose of the organization was to aid its members to better fit themselves for their duties as citizens, as well as to afford more congenial surroundings while in college.

The pin designed by the founders was shaped to resemble a spherical triangle. The Greek letters Sigma, Tau, and Alpha were etched on a background of black enamel, which was bordered by an alternate crown set of pearls and rubies. A diamond blazing from the center of the pin represented the "Star of Hope."

Desiring to be associated with a national fraternity, the men of Sigma Tau Alpha, on November 13, 1919, dispatched a petition to the Grand Chapter of Theta Chi Fraternity seeking absorption of Sigma Tau Alpha. Shortly thereafter, Brother Green from Chicago came to inspect the chapter. Also, an informal dance was held on February 6, 1920 and brothers from the Rho Chapter at the University of Illinois were house guests as they continued the investigation. On February 21, 1920, the Grand Chapter of Theta Chi approved the petition. Word was received on February 27 of the approval. The dates for installation of the chapter were set for March 26 and 27.

The history of Delta Sigma Lambda fits here as an insert of 1936-1937. In 1937 following the merger of Delta Sigma Lambda with Theta Chi, the chapter again had a large house and chapter. World War II had a large impact on the fraternity system. Membership was so depleted that operation nearly ceased. In 1943, the house was leased to the Navy for the duration of the war, and Alpha Delta's six remaining actives relocated to the Pi Kappa Alpha house along with the men of six other fraternities. In 1944, a fire at this house destroyed the third floor, along with most of the Chapter's valuable records and coveted trophies.

In October 1944, the men moved back in the house at 359 Vine, and in 1945 the Chapter consisted of 22 undergraduates and nine pledges. Following the war, over 100 Chapter members returned to Purdue to place the chapter back at the top in scholarship, activities, sports, and prestige.

The chapter continued to do well until the mid-1950's when it was placed on national probation by the Grand Chapter. It was through the cooperation of the undergraduates and the alumni that these difficulties were resolved, and as a result the chapter regained its reputation and strength.

The loyal support of the alumni has been evident throughout the history of the chapter. Their cooperation made possible the construction of present chapter house, built in 1966 at a cost of $450,000, and the renovation of it in 1999.