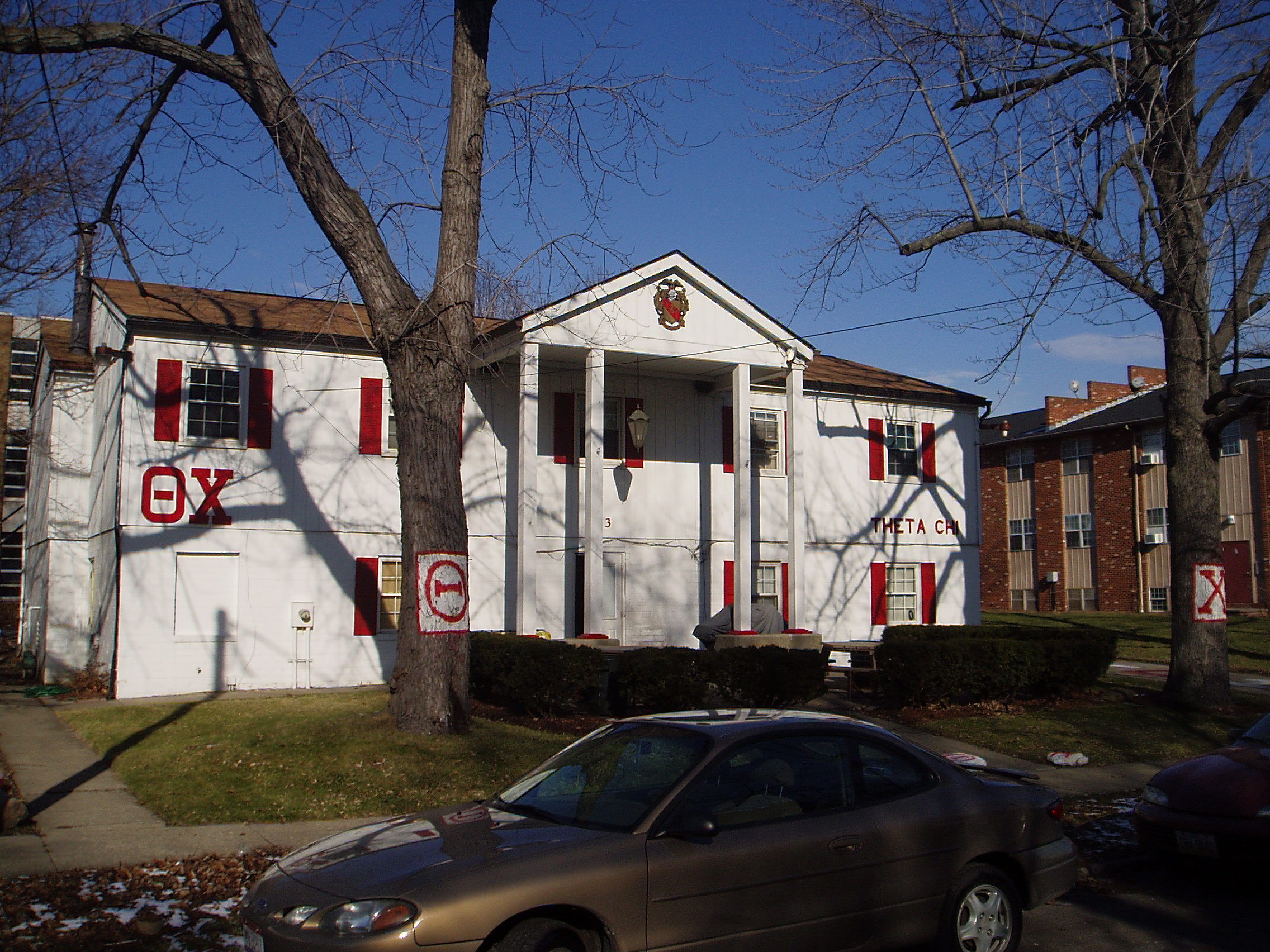 On February 21st, 1942 the members of Chi Theta Tau joined with Theta Chi Fraternity as the Beta Lambda Chapter. The next several years would be very successful for the men of Theta Chi. After the second World War, university/college enrollment began to increase and the Beta Lambda Chapter began to grow quickly. Soon active membership totals were over a 100 men, and Theta Chi became one of the elite organizations on campus.

Average membership totals would remain the same throughout the 1970's. As the 1980's approached, the University of Akron began focusing more attention on its commuter students, and the university began to lose much of its "traditional college" appeal to other state schools such as Ohio State, Miami, and Kent State. With the decline in the traditional campus lifestyle, all greek organizations at the University of Akron began to shrink in size. This would be seen with the men of Theta Chi until 1994 when the chapter was shutdown due to low membership.

After a couple years, an interest group began the long hard effort of bringing Theta Chi back to the University of Akron, with the intent to return it to its former glory. After a great deal of effort, and a few failed attempts, the Beta Lambda Chapter was colonized in 1996. The colony members worked very hard over the next year, building its membership, improving upon the organizational aspects of the colony, and increasing its philanthropic activities. The Beta Lambda Chapter was reinstalled into Theta Chi on April 4th, 1997.