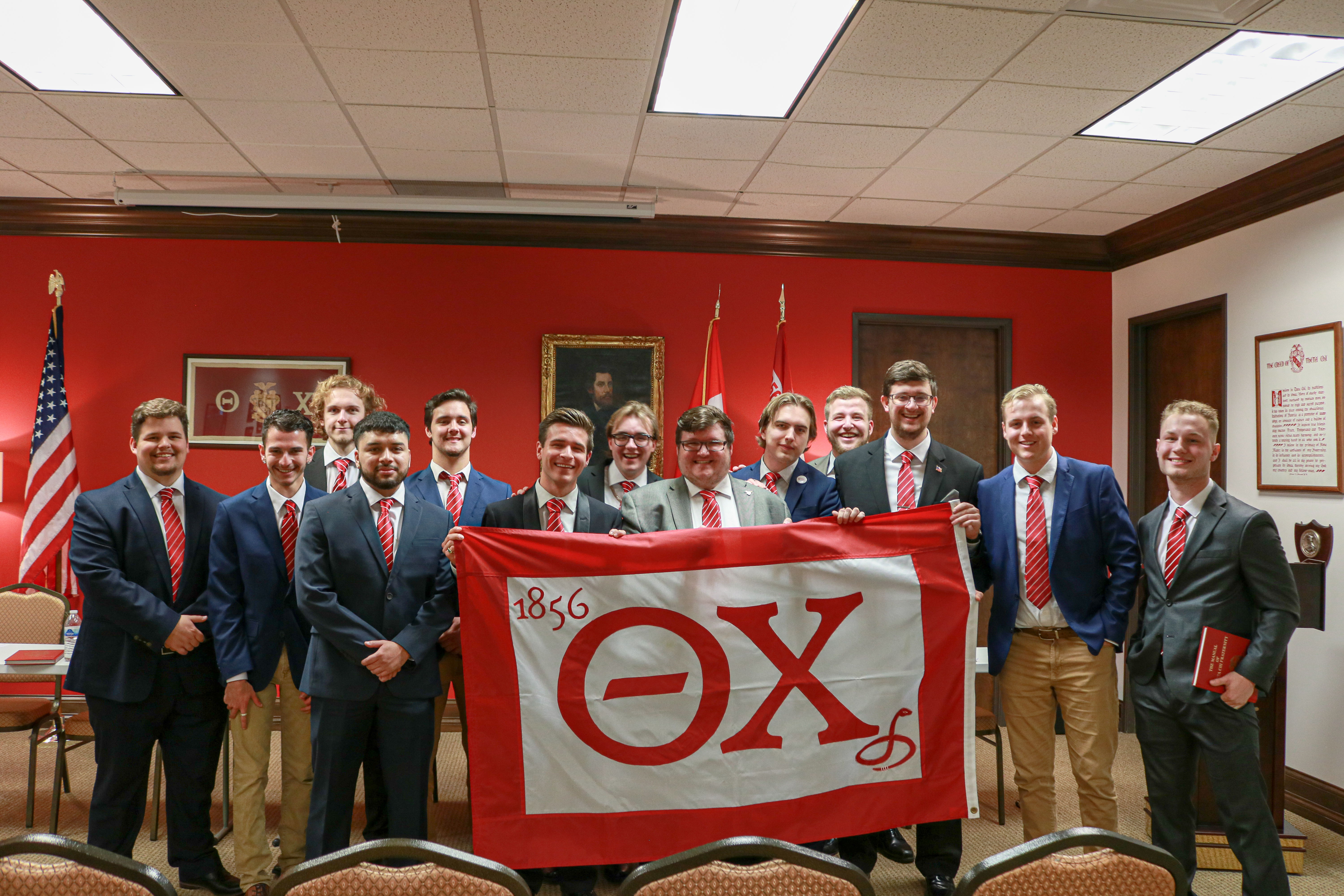 The Delta Kappa Chapter of Theta Chi Fraternity was recolonized on November 21, 2021, with a total of fifteen men pledging.

Delta Kappa traces its roots all the way back to 1922, when The Triangle Club was founded on February 16th. The club thrived on campus, standing for Fellowship, Loyalty, and Service. Back in those days, Ball State did not allow fraternal organizations on campus, however this policy was eventually changed. Shortly after the policy change, the Triangle Club elected to further push it’s limits and attempt to join a national fraternity.