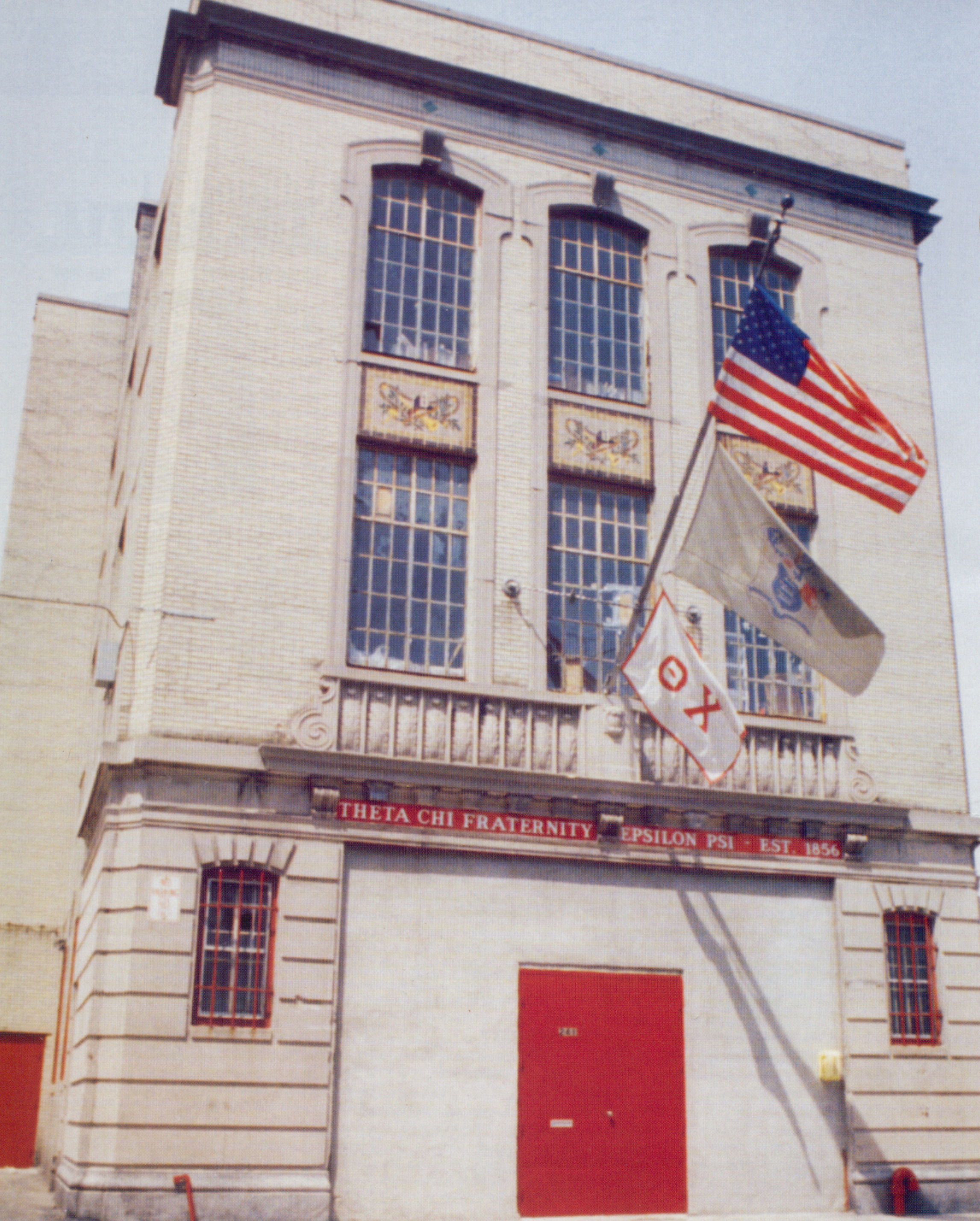 The original group of thirteen students first met in the Student Commons on October 31, 1962. At that time, they decided to organize a fraternity and to seek to nationalize as soon as possible. The other business discussed at this meeting concerned the need for a larger brotherhood and for the brotherhood’s own house. It was decided that the name of at least one potential charter member be submitted by each brother as soon as possible for consideration by the entire brotherhood.

Meanwhile, between that time and the next meeting, John Zozzaro the chapter’s founder and then its temporary President, with the help of Carl Belt- submitted the plan for the fraternity to the school on November 12, 1962. At this meeting the names of the newly proposed members were reviewed, and eighteen were elected to membership, bringing the number of charter members to a total of thirty-one.

Origin of the Brick

Kappa- The ‘K’ in Kappa stands for Knowledge.

Delta- The triangular structure stands for strength. The three legs of the triangle symbolize Brotherhood, Scholarship, and Integrity.

Chi- The ‘C’ stands for continuously

On December 17, 1962, President John Zozzaro signed the lease for a small, three story house at 17 Warren Street, in downtown Newark. It was on December 19, that the fraternity had its first real meeting in its own house. The fraternity had reached one objective, but still sought the biggest of all, nationalization.

The next important item on the agenda was incorporation as a non-profit corporation and procurement of a corporate seal. The seal was received on January 9, 1963, by which time Kappa Delta Chi had already advanced into a leading position among the fraternities at NCE. January 24, 1963, brought the first pledge class to Kappa Delta Chi, and although it had been two months since other fraternities had started rushing, Kappa Delta Chi easily got the number of pledges it had pre-specified.

One of the primary objectives of Kappa Delta Chi, since its founding, was to nationalize as soon as possible. A complete study of the many national groups was made and finally on March 3, 1963, thirty-one enthusiastic brothers of Kappa Delta Chi voted unanimously for Theta Chi Fraternity as their choice for nationalization. The fraternity had progressed so far by then that Theta Chi Fraternity did not require the usual period of one year as a colony, showing that it considered the group well enough organized to become a member immediately.

On May 6, 1963, the brothers of Kappa Delta Chi learned that their petition for membership into Theta Chi had been reviewed and that the group was accepted into membership. At that time, Theta Chi had one-hundred and thirty chapters.