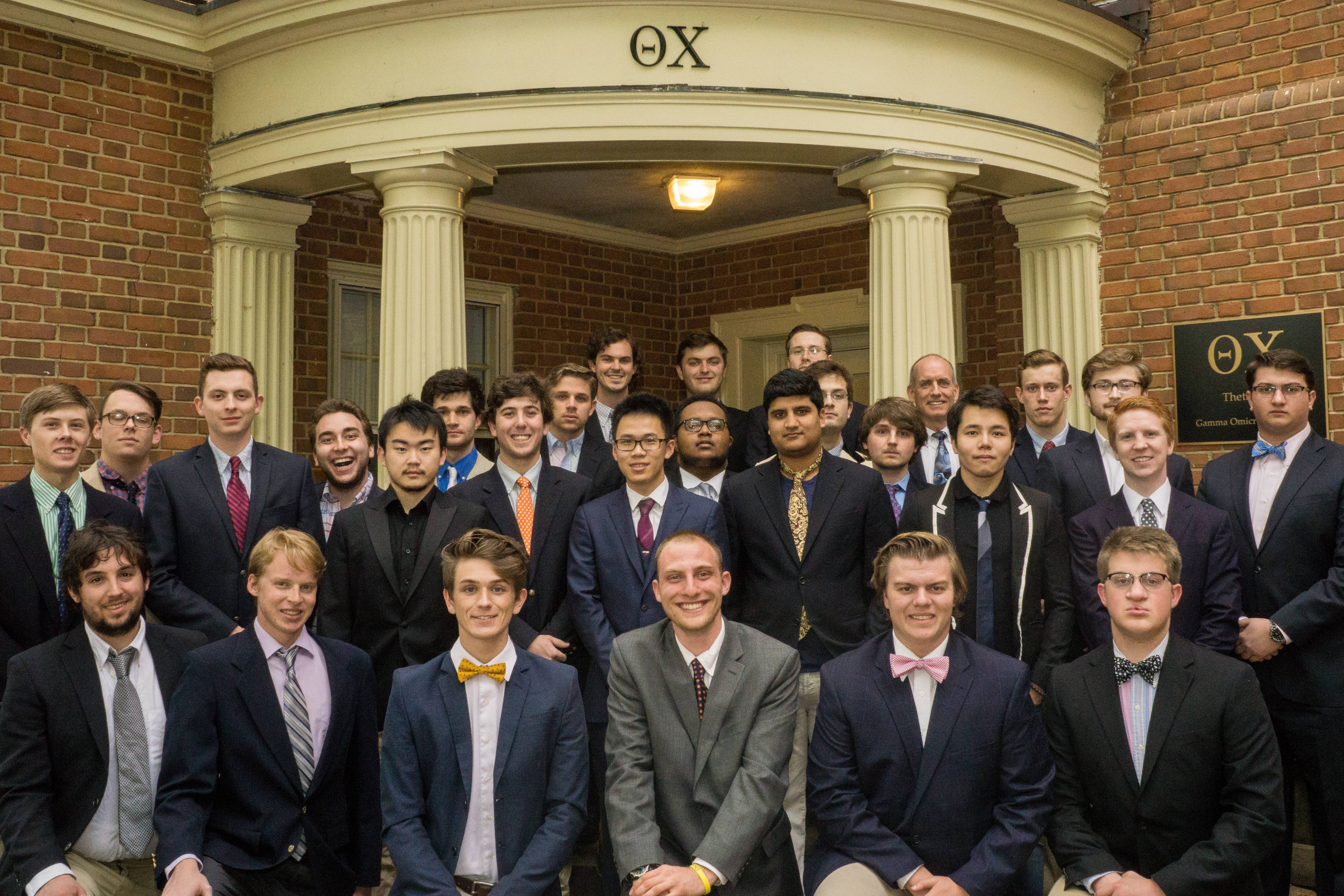 Gamma Omicron was installed at Wake Forest's original campus in Wake Forest, NC. The school moved to Winston-Salem in 1956 however.

The history of the Gamma Omicron chapter began in early March 1947, when Professor Hubert M. Poteat and Fredrick W. Ladue, Theta Chi Executive Secretary, became interested in establishing a Theta Chi colony at Wake Forest. Dr. Poteat took the initial step by asking Herron Kent Bennett to choose three to five men to be the nucleus of the colony. He chose James H. Hampton, Clarence B. Carrowan, Jack K. Johnson, and Alva E. Parris. On March 27, 1947 at the Washington Duke Hotel in Durham, the five charter members of what was to become Gamma Omicron were initiated by a degree team from Xi Chapter at the University of Virginia. On April 10, 1947, Theta Chi Founders Day, the first official meeting of Gamma Omicron was held. By the end of the spring semester the group had grown to twelve men. In the summer of 1947, the colony became officially recognized on campus. In the fall of 1947, the drafting of a petition to the national headquarters to request a charter was completed. By March 15, 1948, the colony had grown to 22 members and 6 pledges. Upon approval of the colony’s charter by Theta Chi national headquarters, the colony was installed as the Gamma Omicron chapter of Theta Chi on May 15, 1948 in Phi Hall.