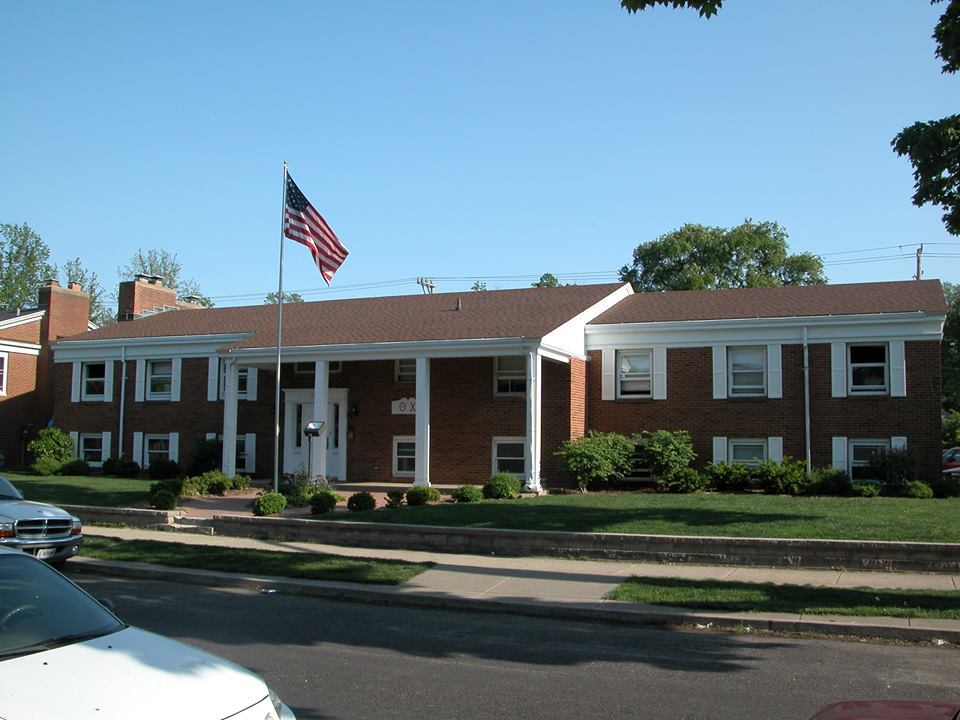 Founded locally in 1949, the Gamma Upsilon Chapter of Theta Chi Fraternity is the second oldest chapter at Bradley. Theta Chi has called three different chapter houses home throughout the years. The very first chapter house was built along the north side of Fredonia Avenue, almost directly south of the heart of campus.

The second chapter house was constructed where the present-day Harper/Wyckoff Hall is located. Today, the chapter house resides as it was built in 1962 at 1308 West Fredonia Avenue in Peoria, IL.

Gamma Upsilon has many successful and even famous alumni. Among these distinguished Brothers are an assistant producer of the Showtime television series Californication, another Brother assisted in the convertion of a 1967 Aston Martin into a flex fuel vehicle for the international rally race - the Great Race 2009.

Gamma Upsilon Chapter's most distinguished alumni is Four Star General John Shalikashvili. General Shalikashvili served as the Chairman of the Joint Chief of Staff under the Clinton administration, he served as Supreme Allied Commander Europe before taking this honored and prestigious position.

General Shalikashvili is heavily decorated for his service to the United States and is the first living member of Theta Chi Fraternity to be awarded the Fraternity's Distinguished Achievement Award.