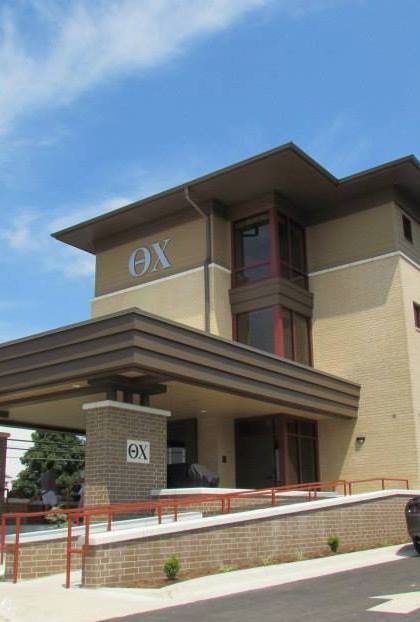 Theta Chi Iota Beta was first on Missouri State University’s campus in 1997 as an Interest Group. In 1998 Iota Beta became a colony with 19 members. We were installed on November 13, 1999 as an official fraternity and were the 209th Theta Chi chapter installed. Theta Chi was brought onto campus as the first substance-free fraternity and these were the ideals Iota Beta was founded on. To this day, we are not a fraternity based on substances, but based on brotherhood and being gentlemen. Iota Beta prides ourselves on academics, community involvement and extending the helping hand.

The highest award that a Theta Chi Chapter can earn is the Alter Award. Iota Beta has been lucky enough to have won the Alter Award 11 times to this day making us the only chapter to have ever earned the Alter Award 11 times. The highest award that a chapter of the North-American Inter-fraternity Conference can win is the NIC Award of Distinction. Iota Beta has earned this award four times and is the only chapter to have done so. The award was earned in 2008, 2012, 2014 and again in 2016.