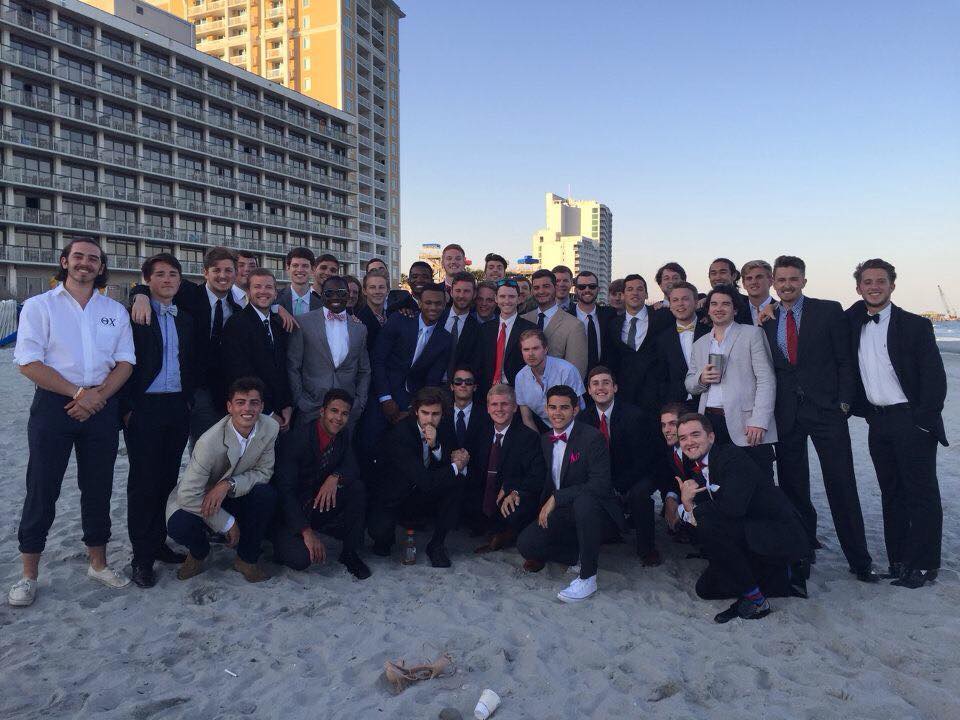 As a result of their determination, Phi Gamma Alpha once again set out to become affiliated with a national fraternity. In the fall of 1985, they were prepared to be colonized with Theta Chi Fraternity. On November 23, 1985 the local fraternity of Phi Gamma Alpha was officially recognized as a colony of Theta Chi.

The colony underwent a new member program administered by the Alpha Nu Chapter at Georgia tech. After several months of testing on all aspects of Theta Chi's history, objectives, and organization the members were ready to be initiated. On May 11, 1986 twenty-two men were initiated as brothers-at-large of Theta Chi Fraternity.

On September 20, 1986 the colony initiated its first pledge class under the Theta Chi system. This initiation coincided with the first fall retreat.

On November 21, 1987 the colony was formally established and installed as the Theta Epsilon Chapter of Theta Chi Fraternity; the first national fraternity on campus. Due in part to our success, many other Greek organizations have since formed on campus.